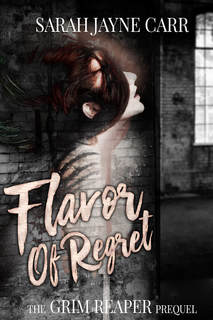 
Sephone is experienced, assertive, and one of Seattle’s top Grim Reapers. Walking the streets of the city and snuffing lives isn’t a glamorous job though. For years, target number seventy-three has eluded Sephone, leaving her an object of discussion around the proverbial water cooler.

Late one night, Sephone’s bounty hunter friend, Jackson, reveals that he found seventy-three. When Sephone’s guard is down, Jackson witnesses a crime he shouldn't have seen. Can Sephone keep her cool before her job as a Grim kisses her good night?